Our optometrists and eye care team can help you pick the best lens treatments based on your lifestyle. We invite you to talk to one of us today!

Upgrade your vision with high-performance coatings on plastic lenses

Lens coatings work to protect your lenses and transform them into durable items for daily wear. However, many people don’t realize or underestimate the value of adding a hard coating or anti-reflective coating to their lenses. It can make a tremendous difference in vision quality, helping you to face the challenges of daily life with greater comfort and success!

To help you choose which lens coatings will be most helpful for your daily life, our eye doctors at Village Eye Centre has outlined our eye care center’s options from Zeiss, the world’s leading manufacturer of coatings for eyeglass lenses. All of the lens coatings that we offer are tough, dirt-resistant, and easy to clean. 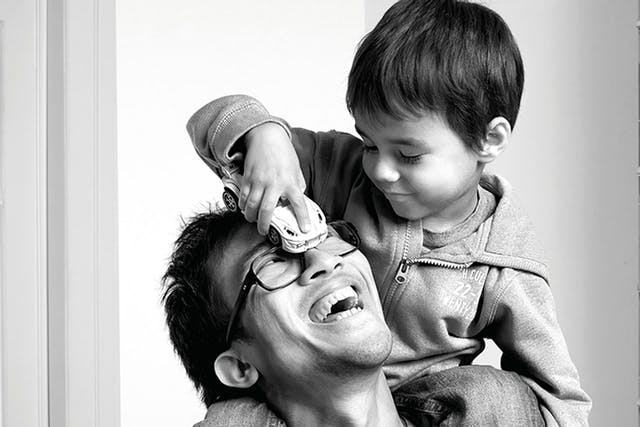 All lenses crafted by Zeiss will give you excellent visual clarity. But disturbing glare from night driving, dust-filled air, or digital devices can blur your vision. Ever been caught in a downpour without an umbrella, or turned on a ceiling fan at the start of summer and got coated with last year’s dust? Over 80 years ago, Zeiss anti-reflective technology solved these problems! Zeiss lens coatings can protect both your vision and the lasting quality of your eyeglass lenses.

The PureCoat® PLUS AR coating offers:

This hard coating for lenses tops the charts as the strongest lens coating ever made by Zeiss. The DuraVision® Platinum AR coating is constructed from nine ultra-thin layers that are densely packed. As a result, these lenses are three times harder than the previous generation of plastic lenses with a hard coating, and 35% harder than AR coated glass lenses by Zeiss.

The DuraVision® Platinum lens coating also has a patented anti-static layer that prevents static electricity from building up. Since dirt and lint aren’t attracted to your lenses, they stay cleaner for longer. When they do get dirty, the slick Clean Coat surface makes them a snap to clean, and their high contact angle repels water and oil more effectively.

The lenses have a blue reflection color that increases the amount of light transmitted, leading to clearer vision. In general, other anti-reflective (AR) lenses use a green AR coating, but the blue is associated with less luminous reflectance.

Raising the bar even higher for patient protection, Zeiss developed an additional anti-reflective layer on the back of these lenses. This layer decreases the amount of indirect light reflected into the eye, enhancing the protective features of the Zeiss UVProtect Technology that blocks dangerous UV rays. 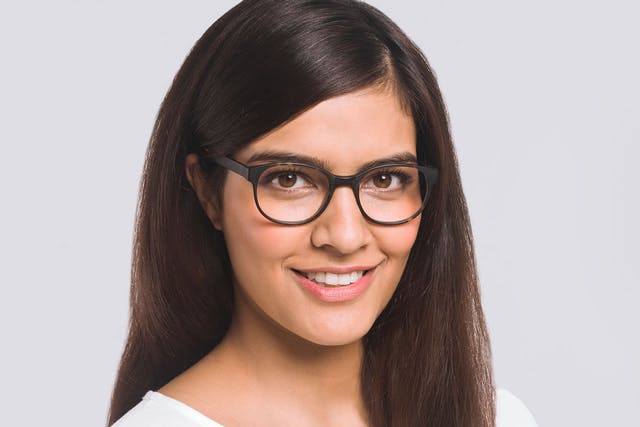 This coating for lenses by Zeiss offers exceptional anti-reflective properties. Instead of the conventional green residual reflection, DuraVision® Silver has a light bluish reflection that offers improved lens clarity. It has a higher luminous transmittance, cuts distracting reflections on the back of lenses by 20%, and diminishes reflections on the front surface by 20% - giving you a more attractive appearance. And of course, the DuraVision® Silver lenses also have Zeiss’s anti-static and easy-to-clean features.

This lens coating was custom-developed for people who regularly spend a lot of time indoors and exposed to blue-violet rays from LED lighting, as well as from computers and digital devices. It reflects and filters the blue-violet light released by all of these sources, so the harmful rays don’t enter your eyes. Blue light is everywhere, but the intensity varies. With DuraVision® BlueProtect lens coating, you’re always safe. Also, DuraVision® BlueProtect comes with all the top quality features of Zeiss coatings, such as a hard coating and easy-to-clean benefits.

Zeiss DuraVision® Mirror offers a front-surface lens coating in eight different mirror hues! You can get a mirror applied on the front of your lenses to make a trending fashion statement, or to customize your glasses with tints. Available for all shapes and materials of glasses, check the compatibility of different mirrors and tints in the Zeiss color book. Lenses with the DuraVision® Mirror coating are water-repellent, anti-static, and anti-smudge. You can also upgrade your mirrored lenses further with an application of DuraVision® Platinum.

This Zeiss coating is an anti-reflective that was developed especially for tinted lenses. It can be put on the back surface of your lenses, providing crisp vision, durable wear, UV protection from all sides, and easy care. The AR lens coating is also water and oil repellent. 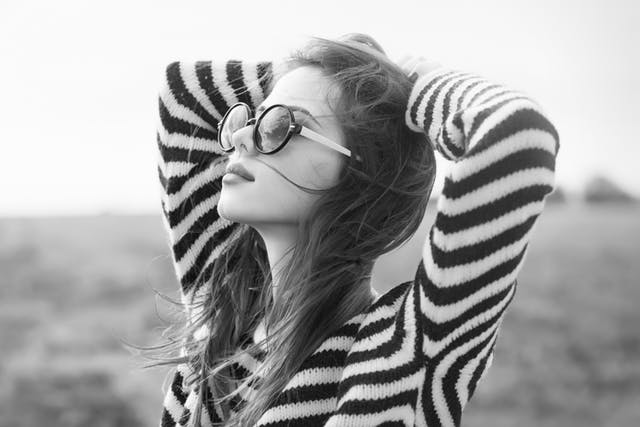 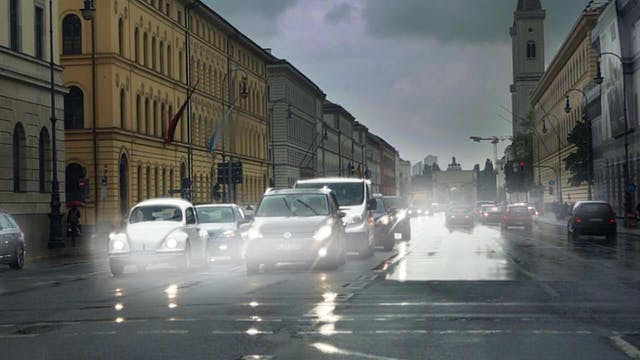 This lens coating helps to reduce perceived glare, granting you a safer and smoother driving experience. Many people feel stressed or insecure when driving, especially in darkness and foggy weather conditions. If you wear eyeglasses, these feelings can be even more exaggerated. The coating on DuraVision® DriveSafe lenses meets the needs of people who want to feel more comfortable behind the wheel.

The innovative LotuTec® lens coating was designed to sharpen and optimize your vision under all conditions.

The lacquer hard coating, strengthened by nano-particles, protects the lens surface against scratches 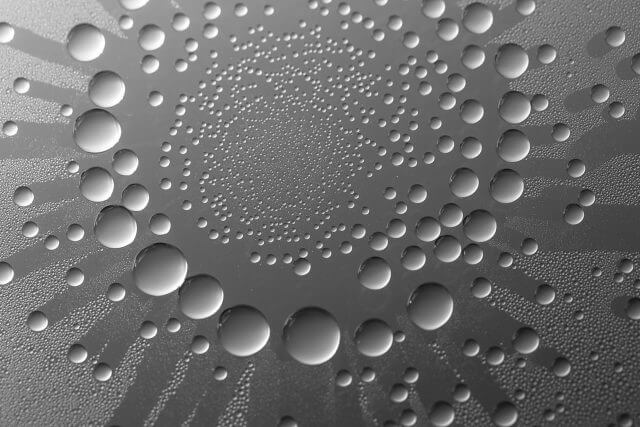 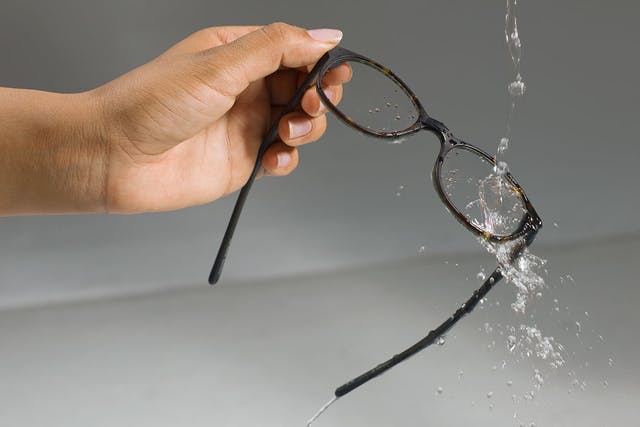 How to Take Care of Plastic Lenses

Whether you have a lens coating by Zeiss or not, it’s important to take care of your glasses properly! Only clean the lenses with a premium cloth and cleansing products that won’t damage them. Avoid quickly rubbing your lenses with a scratchy tissue or your sleeve. Doing this will transfer all the dirt to your lenses and can cause micro-scratches – even if you have a hard coating on your plastic lenses.

Ideally, use pre-moistened lens cleaning wipes from Zeiss, or a clean microfiber cloth (although this may be ineffective against greasy residue).

For more tips on caring for your lenses and for help choosing the best lens coatings for your daily lifestyle, visit us at Village Eye Centre anytime! We can also advise you on other eyeglass accessories, such as Zeiss anti-fog spray. Together, we’ll select the most helpful Zeiss solution.