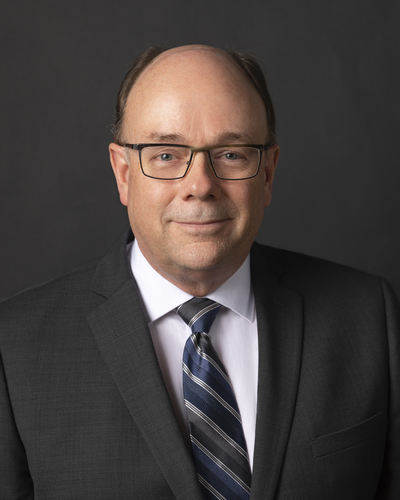 Dr. Evans grew up in Regina Saskatchewan. Upon getting his first set of eyeglasses in grade 6, he was amazed and inspired that someone could make a person see things so much clearer. Years later in the summer following grade 10, an opportunity arose for Dr. Evans to work the summer in an optical lab. It was there when he had a chance to talk to a couple local Optometrists, he decided that this is what he wanted to do. Help people see their best. After high school, and studying hard, Dr. Evans received his Doctor of Optometry from the University of Waterloo in 1982. Early in his career, Dr. Evans was one of the pioneering members of the Occupational Vision Committee (now called Eyesafe) for several years,  developing a program to provide reasonably priced safety eyewear to the workplace. Currently, Dr. Evans is still a member of both the Canadian and Alberta Association of Optometrists. He volunteers for mediation for the Alberta College of Optometrists. He enjoys all aspects of Primary Care Optometry including emergency eye care and contact lenses. Dr. Evans has been married for more than 31 years and is the proud father of two grown children and two grandchildren. In his spare time, he enjoys most genres of music, older cars, technology, CFL and exploring new places.